Zero-size figures have become very trending and an inspiration for women. Coming to the men’s well-maintained muscular physique that is 6 pack has changed today’s men into transforming themselves.

In this 21st century, celebrities are transforming themselves and becoming very inspirational to the common people. Fitness is all that bothers them whether it is Hollywood, Bollywood, Sandalwood, Tollywood et cetera. When they lose weight all they feel is they look better and get more opportunities in movies. They gain and lose weight according to the roles they take up or however the specific character has been directed to them.

They also tend to lose weight as a matter of health and looks. These celebrities lose weight through cardio exercises, intermittent fasting, and drinking lots of water. They also have a physical trainer who supports them in his/her overall routine, and they also get their health check-up with the general physician regularly. Celebrities do not only mean actors but also many singers, musicians, businessmen, and producers have also transformed themselves. 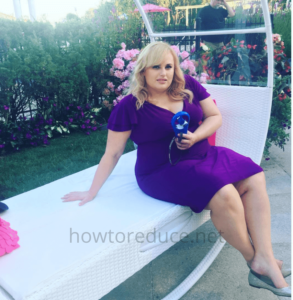 She is an Australian actress-singer and writer-producer. She appeared in the comedy series pizza and later the sketch comedy series the wedge. She almost lost 60 pounds by following a new diet and fitness routine. She followed a method called the Mayr method where you are not supposed to eat dairy products with sugar and caffeine. She also goes to the gym on all days focusing on cardio strength training etcetera. She also told how she battled with emotional eating. She followed the routine to maintain a balanced diet. 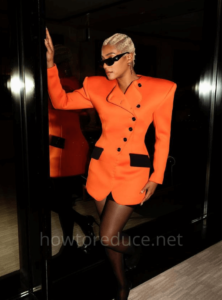 She’s an American stand-up called median and actress. She’s also been named the most powerful person in the world by Time magazine. She lost 40 pounds in the year 2020. she was weighing 182 pounds, and all that she told people was she quit smoking and was doing workouts regularly at the gym

She also joined a 30-day fitness program and she almost lost 10 pounds. All that she does is she got up early in the morning and went to workouts focusing on Poly metrics and physical workouts. She followed her diet regularly by in taking more protein and vegetables 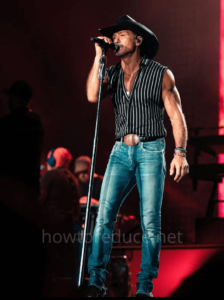 Tim McGraw is an American singer, songwriter, and producer. His albums have reached the top country album chart.

Time McGraw wanted to lose weight for a healthy lifestyle and look better as he wanted to go back on the stage, so he gave up alcohol and started working out in the gym

He lost weight by slowly doing light walks in the morning in addition to a 20-minute run and slowly started doing weightlifting. 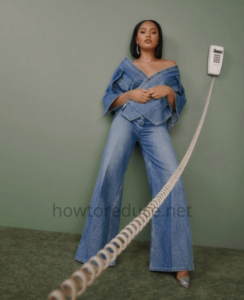 She was a partner for Fitbit and focused on cardio, strength training, and HIIT bodyweight workout. She revealed in the year 2020 that she had almost lost 35 pounds. 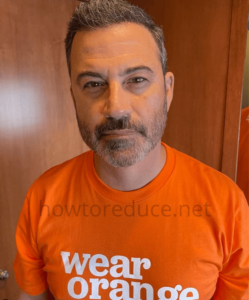 He is an American television host, comedian, and producer. Jimmy never bothered to lose weight. He lost weight by having a protein shake daily twice and very little food for dinner for eight weeks. Later, he followed 2500 per calorie regime which made him lose 25 pounds quickly. All that he does is intermediate fasting where he intakes 500 calories 2 days a week to keep up his figure. 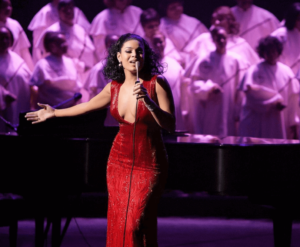 She is an American singer and actress. She was always a bubbly girl and she loved food and never bothered about her figure. She lost weight as she was caught with an illness. All she did was to have a motivated mindset that you can do it, exercise regularly, and maintain a diet. Zumba class too helped her a lot in losing weight. She almost lost 50 pounds in eighteen months. 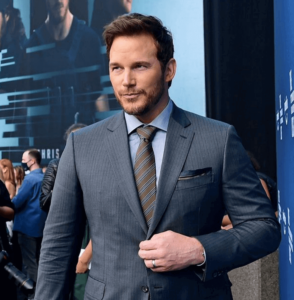 He is an American actor. He has acted in many movies like the tomorrow war, Zero Dark Thirty, Moneyball, etc. He transformed into a six-pack all for work. He became slim for his role and later put on weight due to his roles. He lost almost 80 pounds for his role in Guardians of the Galaxy and put on 20 pounds of muscle for fitness.

As he was emotionally depressed, he went to the GYM. 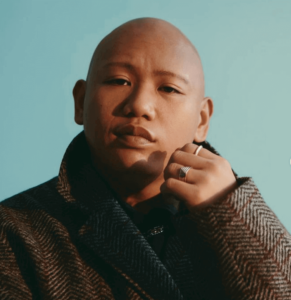 He is an American actor. He played roles in Spider-man and Homecoming. Where he also achieved international recognition in 5 Marvel cinematic universes. He decided to lose weight as he found himself to be lazy. He was even feeling sleepy at work, and he thought all this was because of the fat food. Therefore, he decided to transform at the end of 2019. All that he did was follow a diet and exercise regularly. Finally, he lost a lot of weight and found himself lucky as he was concerned about his health. 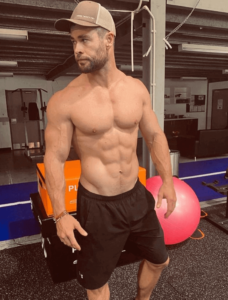 He is an Australian actor. He has played roles and gained prominence in the Australian TV series for playing the role of Kim Hyde. Chris put on weight for his role in the action blockbuster movie “Thor”. He put in 20 pounds by eating constantly for his packed muscles. He mainly ate high protein foods and vegetables which are rich in fiber and which helped in cardiovascular exercise. He kept a count on what he ate. He ate Quinoa instead of eating rice. Which was healthier in fats and had fewer carbs mainly. He mainly focused on weightlifting. 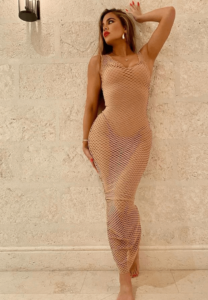 She is an American media personality and social life activist. She has been seen in the television series which started her family The Kardashians. She has always been body shamed a lot throughout her career. She did a lot of workouts and ate healthier food and then she appeared to be toned a lot. She even started a show called Revenge body.

How To Reduce Cholesterol In 30 Days Naturally? Home Remedies

How to Reduce Chest Fat: Home Remedies For Chest Fat

How To Reduce Hips: Home Remedies For Hips

How to Reduce Lower Back Pain: Home Remedies